“Perhaps it will brighten the dark moments a little to think how you have meant to someone more than anything ever has or ever will.

What you have striven for will not end in nothing, all that you have done and been will not be wasted, for it will be a part of me as long as I live, and I shall remember, always.”

The Military Wives Choirs are marking the centenary of the end of WW1 with a commemorative album, telling their unique story in collaboration with military musicians from across the services through a combination of exciting new compositions and traditional songs. The thousand voices appearing on this album represent the families at home and those who served, both then and now.

I was honoured to be one of the 1,105 choir members to sing on the album and had the privilege of being at the album press launch as both choir member and designer of the album sleeves inside pages.

The album was recorded at 7 locations around the country with 69 choirs from British military bases all over the world. It also features the great musicians from the Central Band of the RAF, The Band of the Household Cavalry, and the Royal Marine Corps of Drums.

Design Jessica was commissioned to create the internal designs for the album and below you can see examples of the pages. 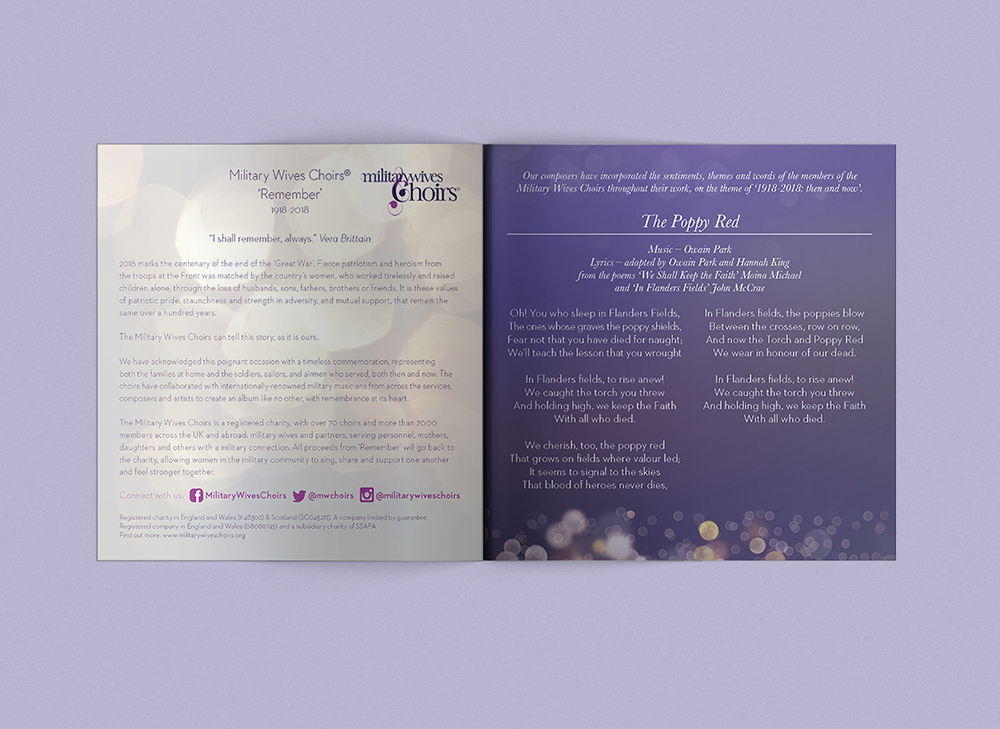 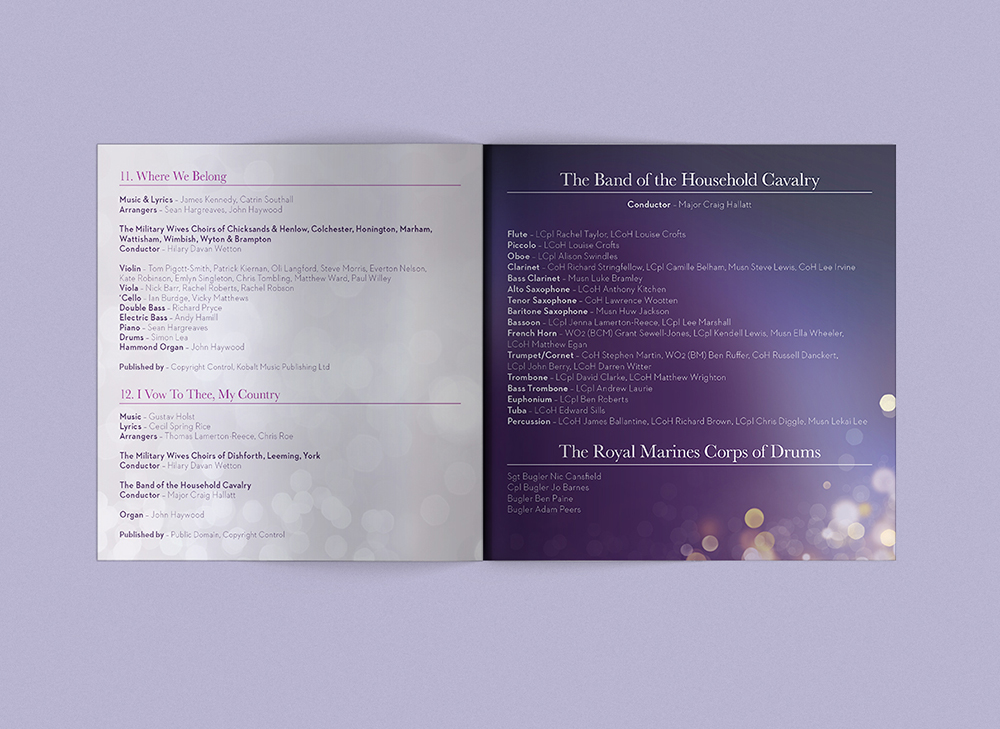 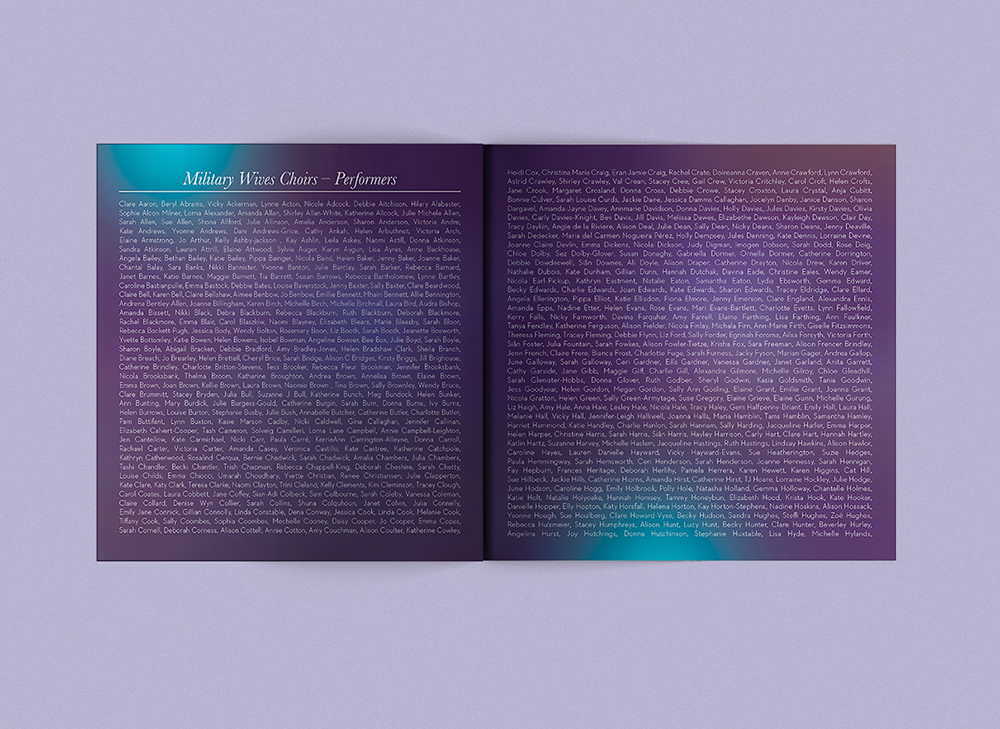 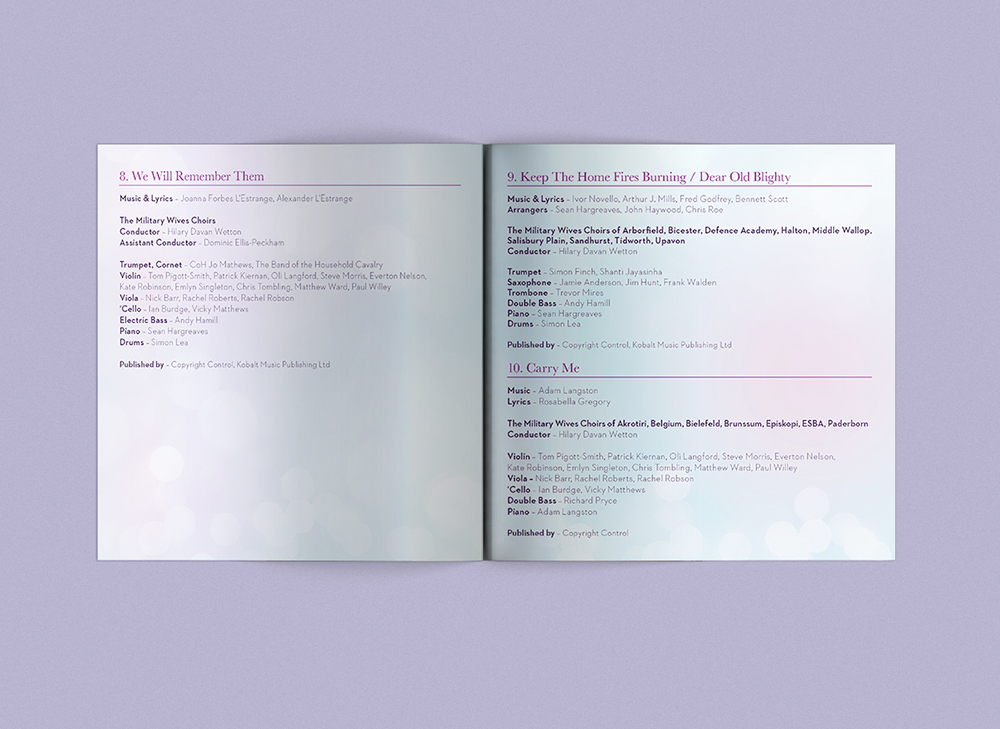 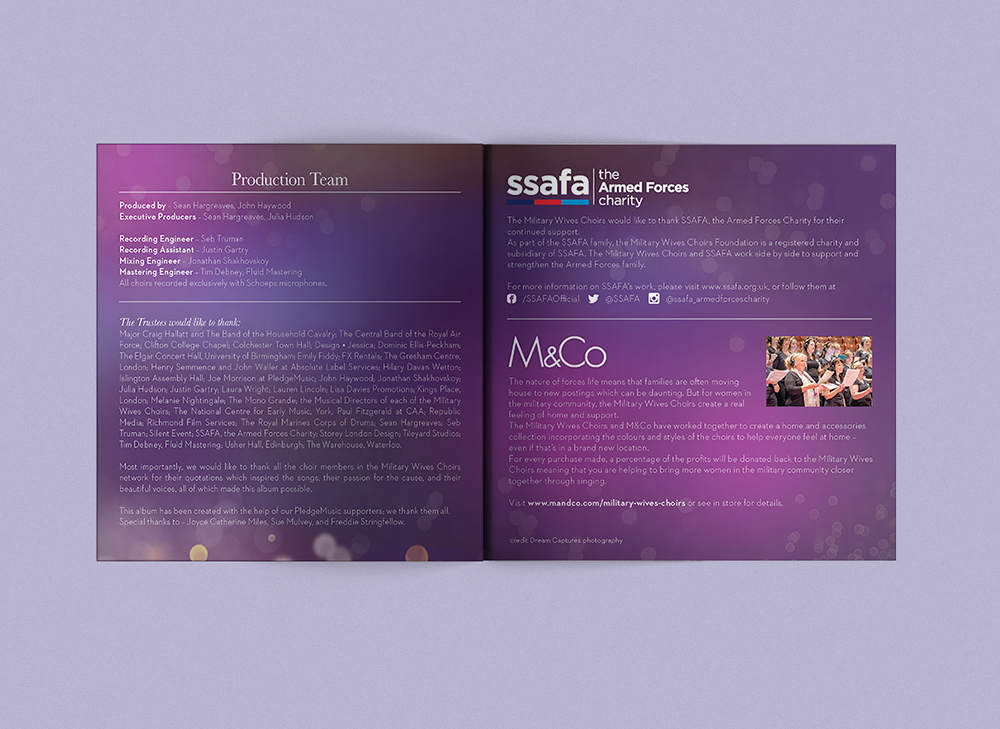 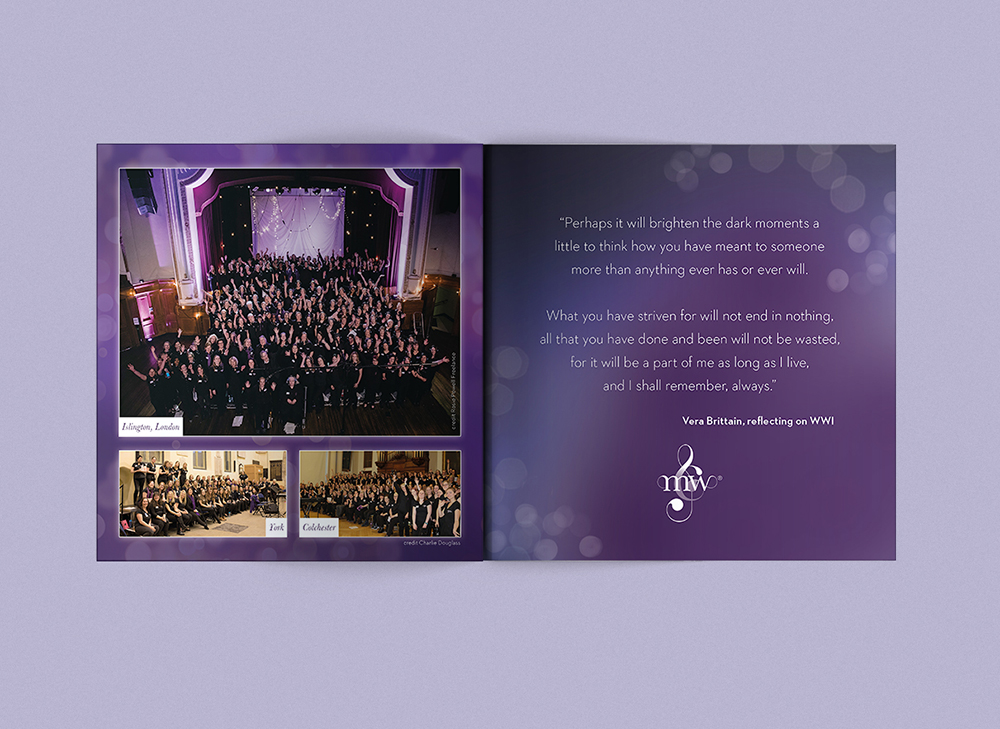