Modern Calligraphy is everywhere! Team it with a watercolour background and you probably have the look of 2016/2017. I have been desperate to learn modern calligraphy for a while now, and so when I spotted the waiting list for a beginners’ course at Quill I signed up straight away.

So, off I popped, on a chilly but sunny day at the end of October to Angel Islington, where I found the most amazing hidden treasure. 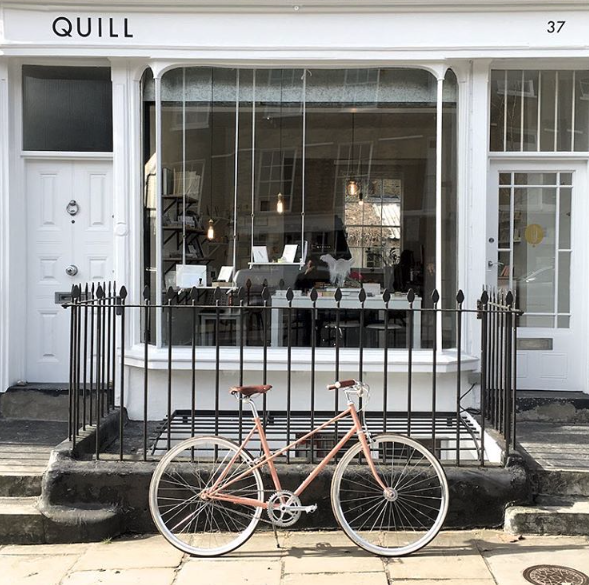 Quill is an independent shop nestled in a very trendy part of Islington (think white houses and blue doors straight out of the Notting Hill film set, pugs on every corner accompanied by classy baby-boomers and hipsters in sunglasses – my choice of Sands & Hall tweed cape fitted in well). Inside the shop come studio I found the most beautiful range of stationery, calligraphy sets, paper stock and gifts with the work space in the middle – it was instantly inspiring! 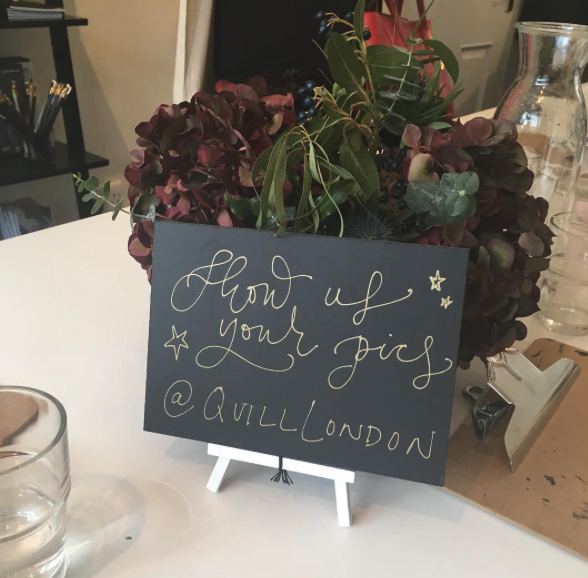 The work space was set up with beautiful hydrangeas, trendy chalkboard signs with hand drawn type, and a place setting with all the kit we would need for an intense two and a half hours of calligraphy. We were given a nib, a pen holder, some calligraphy ink and examples all packaged in a pretty foiled envelope filled with paper.

Julia, the workshop lead talked us through the ins and outs of what we were about to attempt and then we were set free working through examples, tracings and our own word choices. 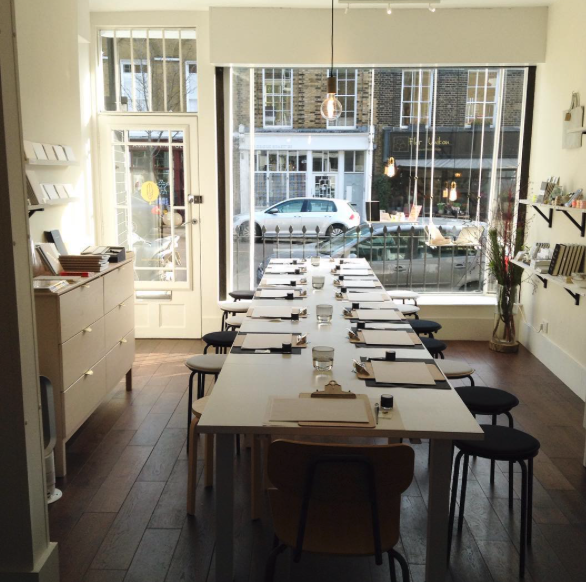 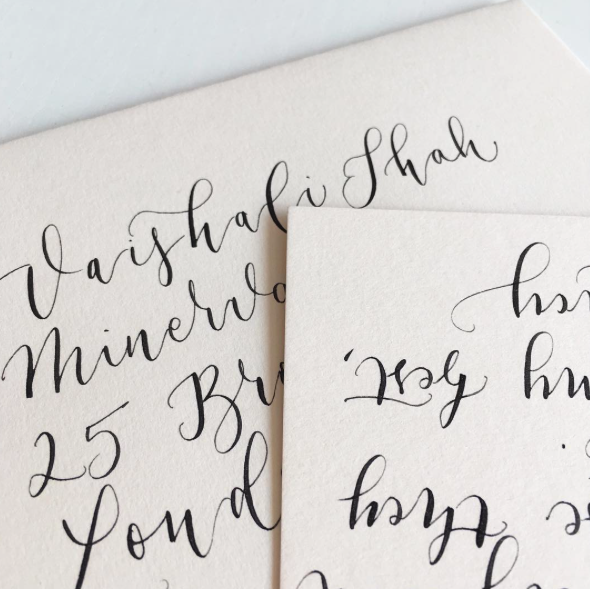 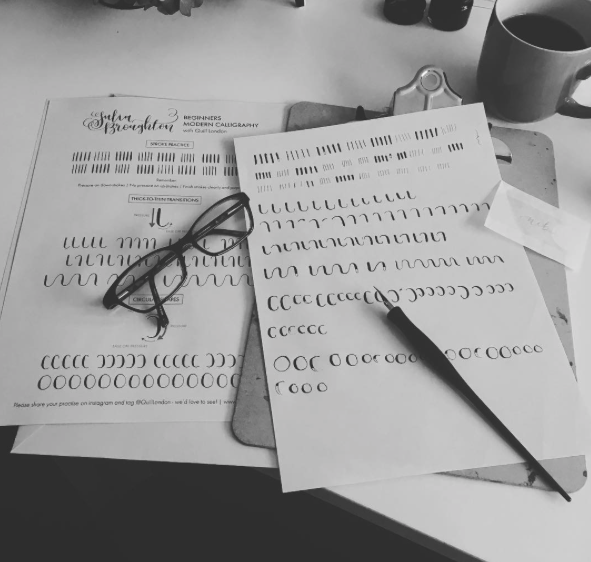 In all honestly I felt a bit smug. I was in a group of mostly women, all who seemed to be getting married that year and decided they were going to write their wedding invites. I however, was a creative, a designer, I even have an art degree, how difficult could this be!? …I stumbled at the first lower case ‘a’. Turns out that this is fiddly!

Julia explained with practice and patience all the letters, even the fiddly ‘a’, would be possible and eventually, at about the two-hour stage it all started to slot into place. 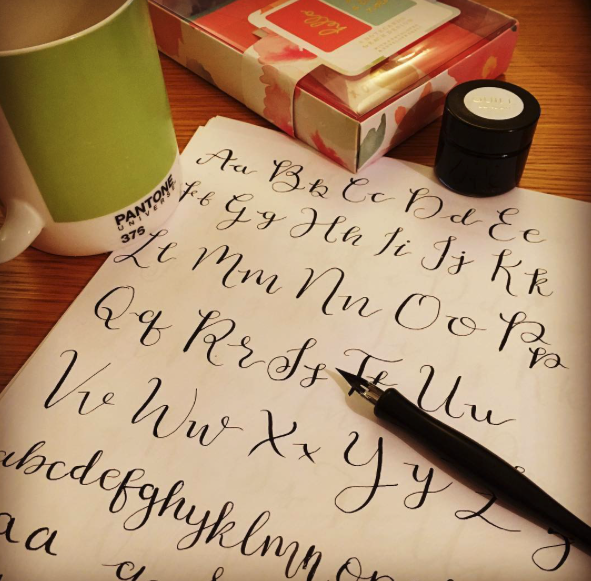 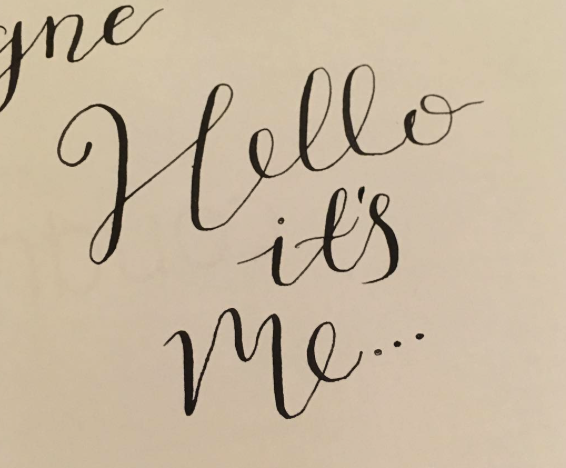 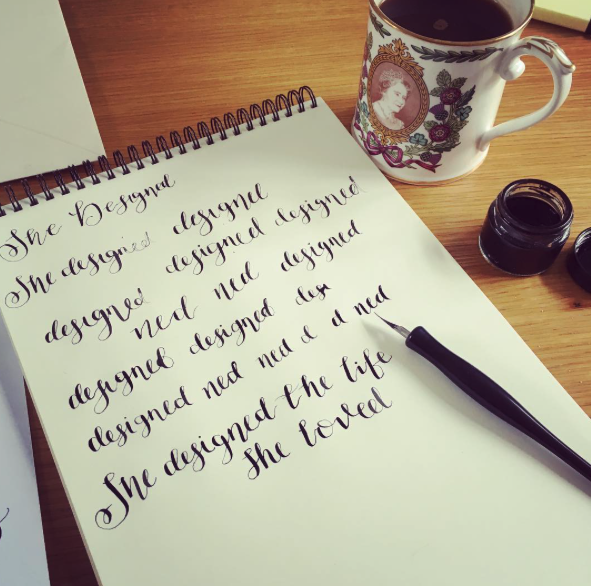 It’s going to take some time, and a lot of practice but I am now completely obsessed with it! I practice most days and have reams and reams of practice paper with smudgy, dodgy looking scribbles. My husband thinks I am mad! I think I am truly happy!

You can find Quill’s workshop dates here. They have lots of lovely creative things to do and you should try it too – you’ll probably see me there. 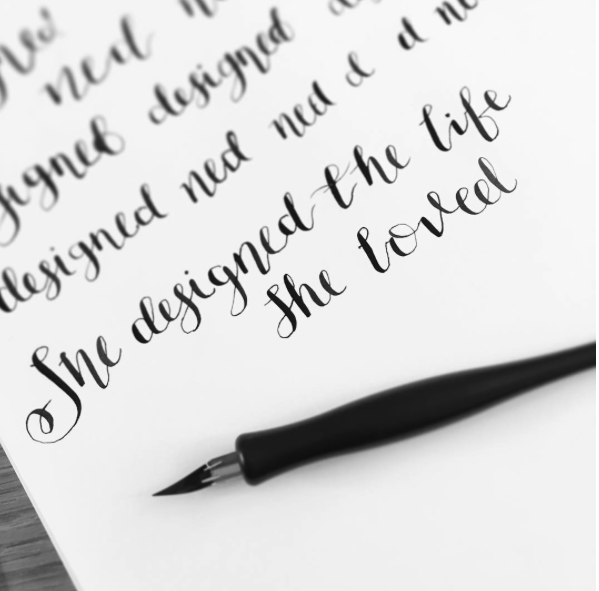 About the Author: Jess

This site uses Akismet to reduce spam. Learn how your comment data is processed.